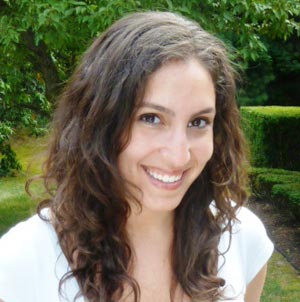 Stephanie Jerzy of Brand Action Team is a cocktail enthusiast with a journalist's knack for learning and writing on all things spirits and cocktails. That's because the beverage alcohol industry has always been in Stephanie's blood - her great-grandfather was an US importer and a wine shop owner in New York City.

Stephanie is responsible for blogger outreach at BAT within the spirits and cocktail communities, along with authoring two industry blogs herself that are recognized as valuable sources for cocktail news and recipes. When she's not busy writing, she keeps herself motivated by expanding her knowledge of the beverage alcohol industry and taking on the role of the resident BAT office bartender.

You can read more of her work at Drinks For The House and Cocktail Culture.

There is no doubting that desserts are hot right now. One of the biggest trends to emerge in the liquor  industry this year is the rise of dessert flavored spirits. That sweet tooth craving can now be met in the
form of new liquor products with flavors spanning whipped cream, chocolate, cake, frosting, honey, cotton candy, cupcake... has your mouth started watering yet?

Tales of the Cocktail has come and gone for another year and we are all once again left with swag-filled suitcases and half blurred memories. Managing to hold on to a few of those precious nuggets in my head, here is a quick synopsis in five notes of some happenings in The Big Easy.

Some of you, whether you admit it or not, have been caught staring at the flashy colored cans that light up like disco balls littering the shelves of stores. But, how many of said flashy colored cans have actually undergone the ultimate test:   the test of taste, wherein only one brand can be the victor and call itself superior. Until recently, there was no stand-out brand, no true champion of taste.

Hold On To Your Glass, It's Officially Spirits Season! - Stephanie Jerzy

As someone involved in event coordination for our spirits clients ,the fast approach of some of the year's biggest events in the U.S. cocktail scene are looming in the forefront of my mind. To keep you in the know, this month's column offers some brief synopses of upcoming spirit and cocktail events.

February is poised for red.  No, not that RED (although, admittedly, the film did just come off a Golden Globe nod in January for Best Motion Picture, Comedy or Musical).

When in Rome - Stephanie Jerzy

With New Years Eve on the horizon, December is famously recognized as a month dedicated to bubbly. As such, my column with Bar None Drinks should not fail to mention the completely apropos champagne cocktail.

Ah, Halloween. The leaves change colors, children beckon at doors for candy corn (and the accompanying sugar rush), and pumpkin is virtually everywhere, both to fill our homes with decoration and fill our stomachs with tasty, hearty meals.  Forgive me for the coy play on words, but let's raise a spirit to honor one particular spirit, Napoleon Bonaparte.

The Season of Cinn - Stephanie Jerzy

So much of what we enjoy eating and drinking is based off of seasonality. How does the weather make us feel? What fruits and vegetables are in season? These are just a few of the questions that I think we all ask ourselves as we move through the calendar year. More often than not, this plays into the foods we are eating.

Absinthe, that mysterious elixir best known notoriously for the Green Fairy effect, was at the peak of its popularity between the years of 1880 and 1910. However, with prohibition pushing forward in the United States and notoriety looming around the 1905 so-called 'Absinthe Murder' in Switzerland, absinthe was banned in most of the Western world.