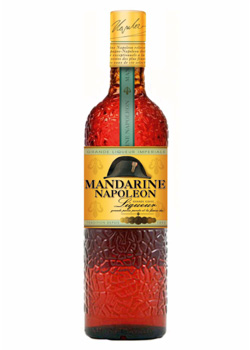 Ah, Halloween. The leaves change colors, children beckon at doors for candy corn (and the accompanying sugar rush), and pumpkin is virtually everywhere, both to fill our homes with decoration and fill our stomachs with tasty, hearty meals.

Ghouls and ghosts are known to rise on this most momentous holiday. Shall we raise a toast to them as we celebrate this weekend? Forgive me for the coy play on words, but let's raise a spirit to honor one particular spirit, Napoleon Bonaparte.

Napoleon ruled most notably over the French Empire through the early decades of the 19th century and, during his early career, formed a unique relationship with a chemist named Antoine-Francois de Fourcroy. During their frequent meetings, Fourcroy developed a liqueur for the Emperor that combined aged cognacs with the macerations of mandarin oranges. Why mandarins you ask? Mandarins were actually introduced to Europe from China; the fruit grows particularly well on the islands of Sicily and Corsica, where Napoleon was born.

Mandarine Napoleon is the unearthed recipe of ingredients as recorded in Fourcroy's diary that the two gentlemen would share together. The liqueur as we know it today still boasts the cognac base, a strong mandarin peel nose, and a sweet palate that combines a mix of secret herbs and spices.

So is Mandarine Napoleon a triple sec? A curacao? I'm afraid I could write more than you would like discussing the Mandarine Napoleon recipe and how it is raising the bar as a unique cognac-based addition to the orange liqueur category. Plus, allowing the final product to mature for three years gives this liqueur a distinctive taste.

More relevant at the present moment, the heritage behind the drink - coupled with its distinctive natural orange coloring - makes Mandarine Napoleon a must-have ingredient at your Halloween festivities this season. It can be simply served on the rocks, filled in a Collins glass with tonic water or cranberry juice, or prepared as a classic Egg Sour. Here's another traditional recipe that I thoroughly recommend and hope you stir up for friends and phantoms alike this Halloween. 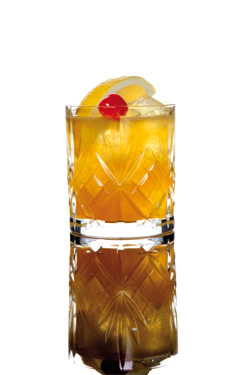 Shake all the ingredients with ice and fine strain in a chilled glass cocktail and coupette glass. Garnish with a lime wedge.

Have a safe and enjoyable Halloween!