The Bacardi Legacy Competition, which took place in Germany last month, named Ran Van Ongevalle from Belgium as the winner. 38 talented bartenders from around the world competed, including Ryan Wainwright from Los Angeles and Darnell Holguin from New York. 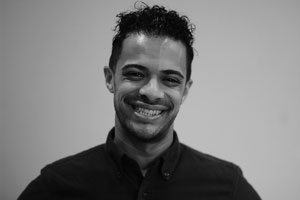 Darnell Holguin is a born-and- raised New Yorker from the Bronx who has been working in the industry for 13 years. He currently runs the bar program at Fifty Restaurant in the West Village of New York City. Fifty Restaurant is a new American restaurant with a South American flair. A first generation Dominican-American, Darnell loves interacting with people and finds that creating connections in an environment designed to be a melting pot really feeds his positivity. 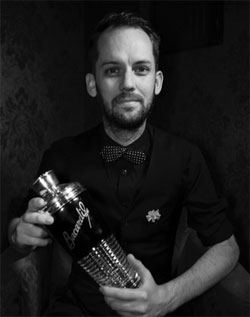 Ryan Wainwright was born and raised in Los Angeles. He has a passion for travelling and a degree in photography with an emphasis on the Bauhaus. He is currently the beverage director for the Ponte in Beverly Grove and Faith and Flower in downtown Los Angeles. His focus behind the bar is to always make the spirit the star and bring the unique flavors, mouthfeel and minimalistic style to the drinks he constructs. Ryan's favorite part of the job is the people, the family connection to his team and the community that are his guests.

Read below to learn more about the finalists from the US and their top Bacardi cocktails!

SG: What brought you into the industry?

DH: I remember when I was 10 years old, I went to my uncle's wedding and I could see the caterers moving around frantically. I stepped in to help them. I was having so much fun I apparently told my mom that day I wanted to bartend.

RW: I sort of fell into the industry. I was a teacher who was moonlighting as a DJ and was on my way to a show at the Henry Miller Library in Big Sur. My friend, who was the promoter, told me the bartender was not going to make it and asked if I had ever bartended before. I lied and said I had and he threw me in there. I had so much fun and made way more money than I could have ever dreamed of teaching that I knew I wanted to that route, and so I did. I started at a cafe and slowly worked my way up.

SG: What's the best and worst part of the job?

DH: My favorite part of the job is all the friends I've made. Working with likeminded people helps make the job easier to do. That being said, I dislike when a guest looks to mistreat someone who is there to provide a hospitable experience. There are still people who forget that we are here to serve, not be a servant.

RW: My favorite part of the job is giving someone a drink that really makes their day. Drinking is a lot of different things for a lot of different people but I love reaching out and giving them something that just makes them feel like it's all going to be better than alright.

SG: What was the inspiration for your Bacardi cocktail?

DH: "It Was All A Dream" is inspired by a traditional Dominican breakfast drink called a Morir Sonando which literally translated means "to die dreaming" because it's literally to die for. It consists of orange juice, evaporated milk and sugar. My mother would make that for me every morning for breakfast without fail. It's engrained in my Dominican culture and I really wanted to honor that.

It Was All A Dream 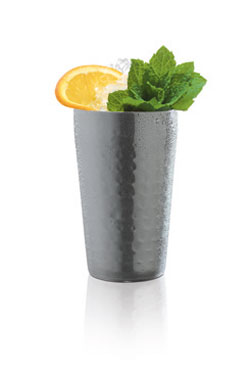 Combine all ingredients in a cocktail shaker filled with ice. Shake vigorously. Strain into a tin cup with crushed ice.Garnish with an orange wheel and a fresh mint sprig.

RW: My inspiration was twofold. One I wanted to create a drink that was distinctly balanced for Bacardi Superior, specifically as a white rum. I wanted to represent Bacardi in an honest way where I highlighted all its strengths and made it the star of the drink. I haven't had too many (save for the daiquiri) white rum drinks where the rum is the star. Normally it is a fruit-based drink that has some alcohol in it. I also wanted to bring a moment to everyone. A moment where I was floating in the waves off a beach in Puerto Rico. That beach was called Playa Fortuna. I was floating there drinking a coconut in the warm waters and the rain started to fall gently. That distinctly Puerto Rican flavor I wanted to capture in a drink and share. The combination of those with the infusion of my own community created a very real and honest drink that was restrained yet complex.

Combine all ingredients in a cocktail shaker filled with ice. Shake vigorously. Strain into a Nick & Nora glass. Garnish with an edible flower.

SG: What are you drinking after a long shift?

DH: Honestly I'm pretty simple after work. I'm having a shot and a beer. The shot can either be rum or whiskey and the beer almost always a lager or pilsner.

RW: Rum! Maybe a daiquiri, maybe a Cuba Libre, maybe a Playa Fortuna? One thing is for sure: it will be rum!

SG: Favorite food pairing to your drink of choice?

DH: A proper burger with a shot and a beer right after work? Yes please.

RW: Ah, the food pairing. The great thing about rum is it goes with everything so well. I am usually taking down some late night tacos from one of many taco trucks in Los Angeles. Being from here, nothing feels more like home. Why even some of those people working those taco trucks have had a Playa Fortuna or 4.

SG: Complete this sentence: If I wasn't working behind the bar, I'd be...

DH: Making short films and music videos with my younger brother. There was a moment in my life where I was at a crossroad. Do I continue to TRY and work in film or focus my energy where I've made more connections and growth... The bar won.

RW: A teacher with a very expensive hobby.