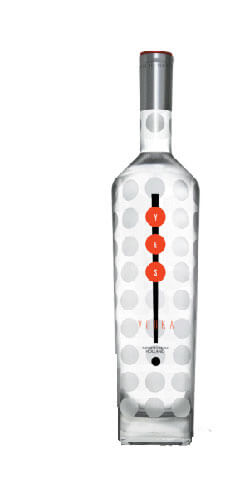 The founding partners of YES Vodka had deep roots in Russian vodka having introduced Stolichnaya to the United States. As spirits industry veterans they started their search for the ideal vodka in Russia and Poland. But, there was something about the traditional bite and after-burn found in those vodkas that led to Holland instead and distiller Rene Vriends. Rather than using potatoes, Rene preferred making vodka out of wheat and proposed a revolutionary distillation process to our partners to give them the incredible smoothness they were seeking.

Vriends recommended reverse osmosis, a process more common to gin distillation. After sampling over 30 flavor variations from this process, the founders agreed on the same two flavor profiles. So, to break the tie, Vriends said, “Now that I know what you’re looking for I’d like to work another recipe for you to try.” On a return visit, their response was identical and shouted simultaneously with such enthusiasm that it became the name of their new creation.

In taste tests and comparisons ever since the reaction has been frequently repeated. YES Vodka is making new friends at every pouring. Consumed neat, or straight on the rocks, the crisp taste of YES Vodka is totally absorbed on the palate. There is no burn and no hint of after-taste. The distinctive clean finish is unique to YES.