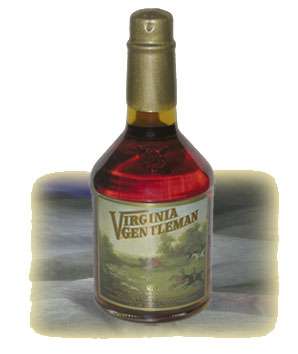 Won Double Gold and Best American Whiskey at the San Francisco World Spirits Competition, besting some of the biggest names in bourbon, including Knob Creek, Woodford, Wild Turkey, Evan Williams and others. "Offers exemplary quality and character within the established standards of its category. It is an outstanding product," said Paul Pacult, director of judging and the leading spirits authority in the United States. "I highly recommend seeking it out for a taste." VIRGINIA DISTILLER WINS BEST AMERICAN WHISKEY AWARD RELEASE Founded in 1935 by Bowman and his two sons, A. Smith Bowman Distillery is the oldest family-owned bourbon distillery in the United States. The company is located near the site where Elijah Craig, the inventor of bourbon whiskey, was born and raised. At that time, what would become the state of Kentucky was actually part of Virginia. Craig would eventually move west to Kentucky, leaving a legacy of bourbon whiskey in the Old Dominion. Several years later, in 1797, President George Washington would profit from a distilling operation at his Mount Vernon Farm. The Bowmans began producing bourbon at the end of Prohibition and the fabled Virginia Gentleman became the region's drink of choice for decades. The award-winning VG90 Small Batch Bourbon combines a unique copper still and multi-layered filtration system with aging of at least six years in new oak charred barrels. Produced under the watchful eye of long-time Master Distiller Joe Dangler, VG90 has won many awards, including four stars from Spirit Journal and, previously, silver medals at the San Francisco World Spirits Competition in 2000 and 2001. The result is a bourbon that has Dangler and Adams getting requests for VG90 from around the world.