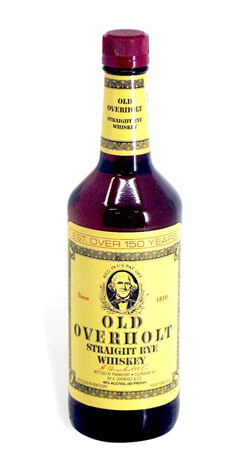 Abraham Overholt (1784 - 1870) was one of the fathers of American distilling and he took uncompromising pride in this product. When it came to making his whiskey, Abraham Overholt lived by three hard and fast standards – work hard, stand fast, and don’t waver. These three standards were the basis upon which he built Old Overholt, and they continue to be followed to this day.

George Washington made rye whiskey at his Mount Vernon home in Virginia. Indeed, the domestic rye whiskey industry had a proud tradition in the United States. However, it has taken until the turn of the 21th Century for Americans to rediscover this treasure. Old Overholt has a rich tradition of rye whiskey making and is renowned for its outstanding mixability in classic cocktails such as the Sazarac and the “Old Style” Manhattan.