Beer and a Shot 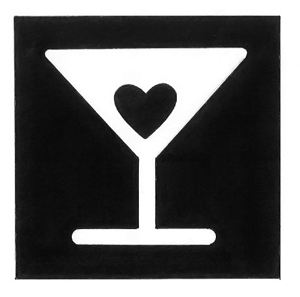 Do the shot, drink the beer (not necessarily in that order).

I'm writing about the bar that never gets written about.

There are lots of bars getting odes and tributes these days. The current revival of interest in classic cocktails and obscure spirits has been prompting the creation of a new style of bar. It's been happening for several years, and your town probably has one at this point.

You know the kind of place I mean. It's the one that gets all the press for its outsized booze selection, encyclopedic drink menu, and carefully considered decor. The bartenders assemble drinks with the precision of a lab tech, and the atmosphere falls anywhere on the spectrum between Victorian cellar and space station. And the amount on your tab can be sobering enough to instantly undo all your hard-won tipsiness.

I'm not talking about those places.

I'm talking about the other place. The joint everyone knows. The bar we all seem to end up at sooner or later. The one that's been there forever, or at least seems like it has.

It's not really nice, but not awful either. It sits somewhere in-between, entirely comfortable in its middleness. It has no manufactured quirk. The vibe is genuine, and comes from an organic accumulation of people, things, and activities over time. You know it and feel it the second you step inside.

It might have fifty beers. Or just two. Liquor-wise, the usual suspects are present, but there'll probably be a few top-shelf surprises. The specials don't suck. The food is decent, with at least one standout item everyone swears by.

You can probably smoke there, and the nonsmokers are smart enough not to complain. The staff is not necessarily thrilled to be there every night, but they're committed. If you've been there a few times, they'll likely remember you. If you don't behave badly, they'll actually be glad to see you.

They might have a pool table (it'll be in good working order, but clearly showing its age), or maybe darts. A pinball machine isn't uncommon.Anything you believe you get better at after a couple rounds will be earnestly waiting.

Through some wizardry, the music always works. It's relentlessly appropriate for the time of night and crowd. The jukebox has been carefully culled of all the bad tracks, and if it happens to be turned off, the bartenders know exactly what the room needs. And it's always just the right amount of loud.

Sometimes it's a little too crowded. You learn when that happens, and plan accordingly. Even when it's a full house, there's somehow always room for a few more... these joints seem to be able to bend physics to their will. If you find yourself in the scrum, be patient. It's a good gang, a nice mix, and incidents are few. Besides, if you come back the next night (or maybe even in an hour or two), you could find the place mysteriously in a state of near-emptiness. And that's when a whole different kind of bar magic can happen.

Speaking of magic, how does it manage to be located fifteen minutes from everybody? No matter where you are, you can get there soon. When your friends call you, the meetup happens in nothing flat. At the end of the night you're home before you know it. Sorcery.

Despite all this, The Bar That Doesn't Get Written About is more than the sum of its parts. Those parts obviously matter, but it's not a shopping list or a spec sheet. It can't be engineered. It's as much about the intangibles as it is the frosty glasses or how late the kitchen is open. As with many things, it's the stuff you can't see, the stuff that can only be felt, the impressions and energies that exist just in certain places that are the hardest to put into words.

Ironically, that's what makes a bar worth writing about.